Concerns have been raised this month by the American Paediatric Society about the Gardasil vaccine, as no safety research was done by manufacturers into the long term effects on ovarian health.  Three separate case series recently have shown up a possibility that it is causing premature menopause in teenage girls.  Dr. Deirdre Little an Australian researcher first raised this concern in 2012.  This is an interview with her discussing her findings and the pharmaceutical company who manufacture the vaccine; Merck.

This is not the first time this vaccine has been called into question, it has been cited before as being involved with the deaths of two girls from cerebral vasculitis by Drs. Chris Shaw and Lucija Tomljenovic, their research paper here. 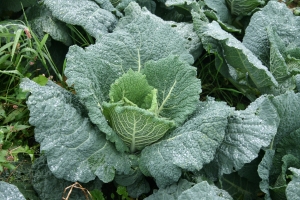 Nutrition is a great first port of call for prevention of any disease and HPV is no exception: the Linus Pauling Institute website has a study on Indole-3 Carbinol (I3C) found in cruciferous vegetables, pertaining to HPV virus with the following findings: “A small placebo-controlled trial in women examined the effect of oral I3C supplementation on the progression of precancerous cervical lesions classified as cervical intraepithelial neoplasia (CIN) 2 or CIN 3. After 12 weeks, four out of the eight women who took 200 mg/day had complete regression of CIN and four out of the nine who took 400 mg/day had complete regression, while none of the ten who took a placebo had complete regression. HPV was present in seven out of the ten women in the placebo group, seven out of eight women in the 200 mg I3C group, and eight out of nine women in the 400 mg I3C group.” Cruciferous vegetables like broccoli, cabbage and brussel sprouts are associated with lower cancer rates. Such a safe option compared with the outcomes described

About the Author: Suzy